Hampton Inn and Suites is truly a story of making it work. The building had a 40’-0” height limit but was intended to be a 4 story hotel.  A traditional 4 story service hotel, however, usually requires much more than 40’ in height. Palmer Engineering immediately started looking for a solution, and quickly found one. They worked with the local jurisdiction to define their actual interpretation of ‘Building Height’ and were able to work around it to achieve the goal. They used 4” concrete hollow core planks in lieu of the traditional 6” and used special sound attenuation materials in the flooring assembly which resulted in an overall reduction in the building height. They also incorporated a concrete curb design into the entire perimeter of the building for the exterior wall to sit on, which allowed the exterior grade to be at a higher elevation as it approached the building. The project was another exciting success for PEG and they are overjoyed at the amazing resulting hotel. 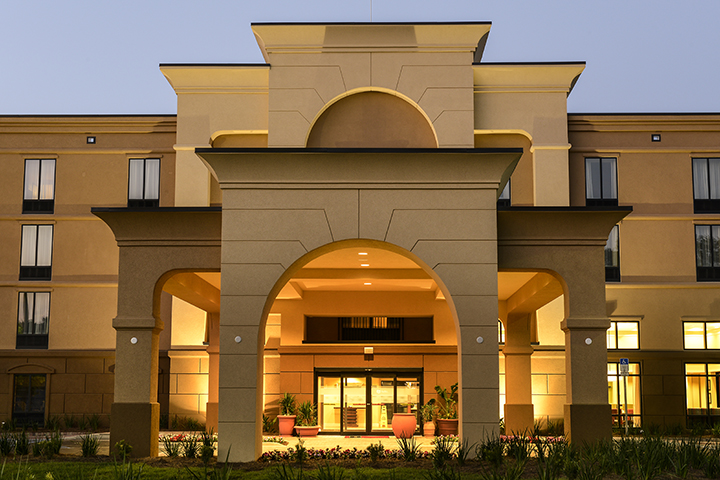 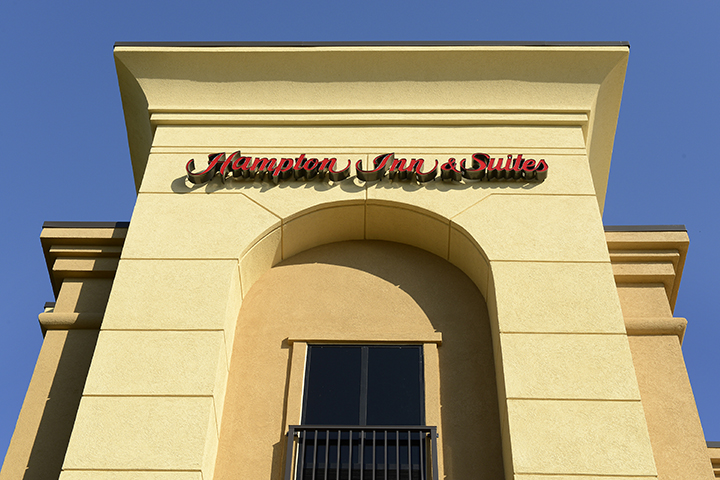 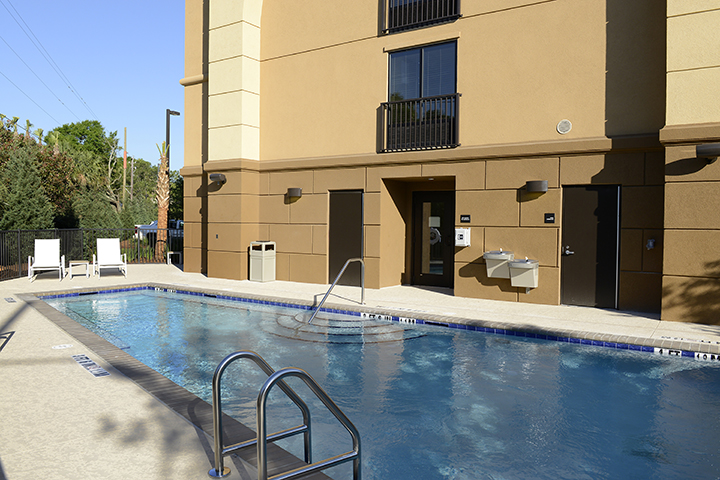 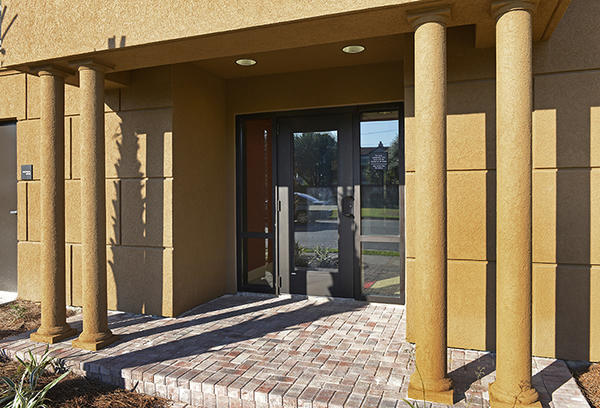 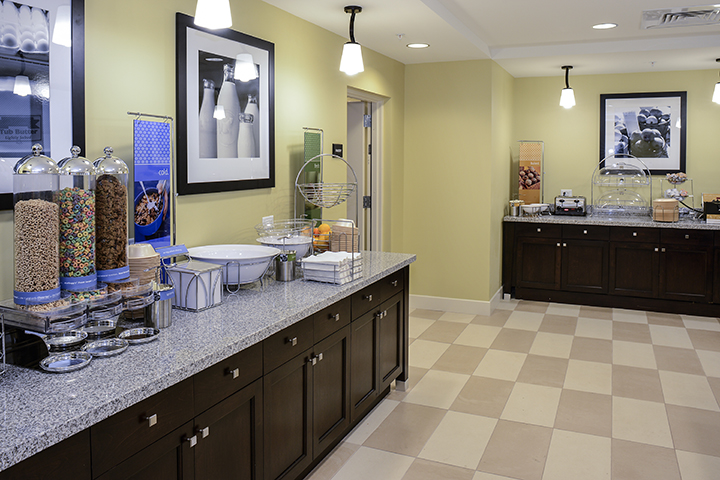 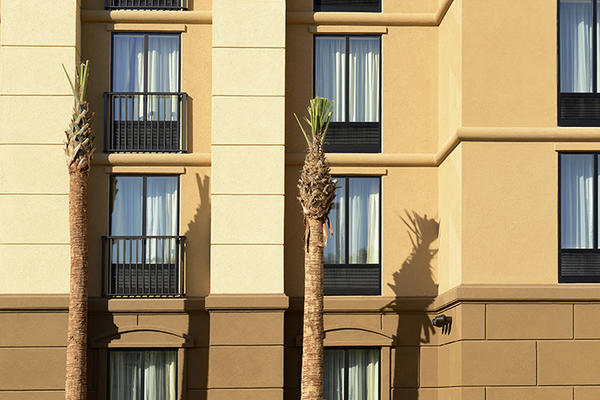 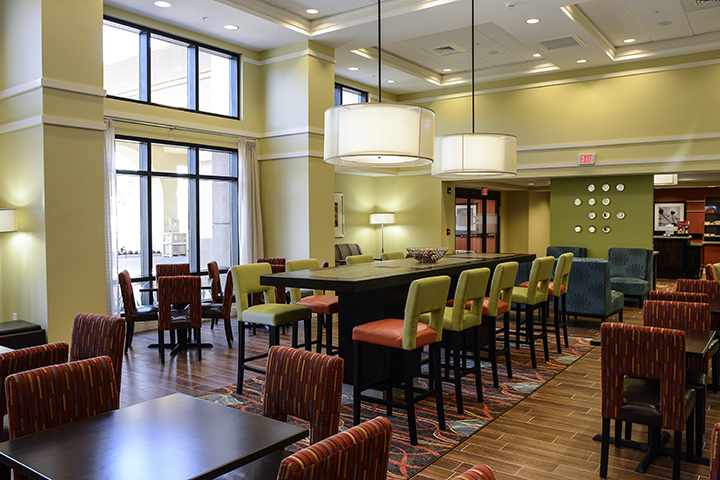